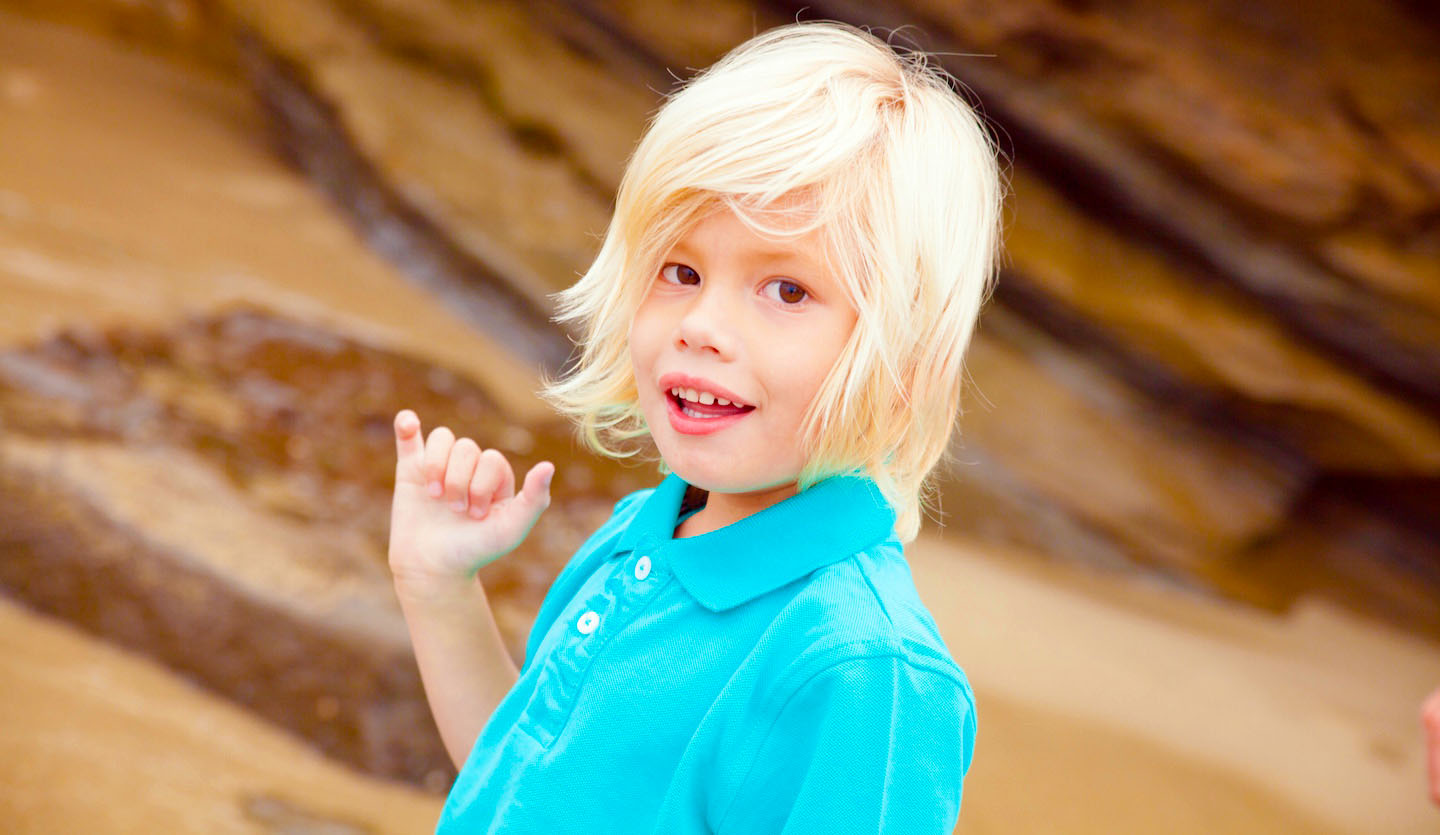 What is Surfing With Nixon

Surfing with Nixon is a nonprofit organization that gives Autistic Kids in Arizona a chance to surf as a form of water therapy. Surfing give these kids sensory input and teaches them to control their bodies in and out of the water at the same time bringing families together who are dealing with the same similar experiences.

How Surfing with Nixon Came About

As parents, we knew that Nixon enjoyed the water, but it wasn’t until we took him to Big Surf that we fully realized how much he loves the waves. When it was time to leave, we had to drag him out of the pool and he cried on the way home. Like many kids with autism, Nixon responded to the sensory input of the motion of the waves.

For over four years, Nixon had no therapy. Every month we called all the agencies in hopes of getting Nixon the occupational therapy and physical therapy he needed. One day when a family friend was over at our house, we talked about the things Nixon loves and we came up with the idea to do surfing as a form of therapy. I’d always wanted to learn to surf and this seemed like the perfect time to do it. I took Nixon surfing and found that Nixon loved it too. It’s become a father-son activity, something we can bond over—which is a huge thing. I can’t play basketball with Nixon or teach him the rules of football, but we can enjoy surfing together.

As parents, we wanted to create an event that would introduce autistic children to surfing as a form of therapy. And almost as important, we wanted an event where siblings of special needs children could have fun and parents could talk to other parents who shared our challenges. Parents need to know that there are other people who “get” them. In 2014, we started Surfing with Nixon and rented out Big Surf. About ninety children attended. In five years’ time, the event has grown to include over a thousand people. Each child is given a surf time while their family enjoys the water park.

In 2019, we expanded Surfing with Nixon to Mexico where we were able to host twenty-five children with all types of disabilities, and we’re excited to host close to a hundred there next year. Since we started doing these events, Nixon now has therapy five days a week. His therapist has noted that he is more attentive and focused after a session of surfing. Likewise, other therapists have noticed similar effects with other autistic children.

We hope that Surfing with Nixon can continue to grow and offer support to special needs kids and their families for years to come. We also hope to raise autism awareness. Community support can make all the difference for families who find themselves struggling with the daily challenges of special needs children. We want families to know that you’re not alone.

As parents, we looked forward to the birth of our second child with all the usual anticipation and excitement. Our daughter could hardly wait to have a new little brother. But right from delivery, our son Nixon had a rough start. When he was born, he wasn’t breathing. The nurses soon resuscitated him and told us that everything was fine. Despite the nurses’ assurances, Shari had the gut feeling that something wasn’t right.
While still in the delivery room, she repeated that something was wrong so many times that I double-checked all Nixon’s fingers and toes. Nixon’s hearing test was the first sign that Shari’s instincts were right. Nixon failed the initial test as well as two additional ones. Afterward, the audiologist informed us that Nixon was profoundly deaf.

That diagnosis was only the beginning of Nixon’s problems. As the months passed, we noticed that instead of making eye contact, Nixon seemed to look right through us. He wasn’t hitting child development milestones and never wanted to cuddle like a normal baby. That was a hard time. We mourned that lost connection with our son and we also began to worry that Nixon might have cerebral palsy. When Nixon was seven months old, a neurologist confirmed that our fears were right.

Although Nixon’s future seemed bleak, we were determined to do everything we could to help him hear and connect with the world. We desperately wanted to be able to communicate with him. Before Nixon’s second birthday, we began looking into cochlear implants. As part of the testing for the device, a CT scan was done on Nixon’s brain. That’s when we got even worse news about Nixon’s health. The scan showed he had significant brain damage. In fact, the central part of his brain wasn’t all the way developed. While we sat in the neurologist’s office, he told us that Nixon would be a vegetable all his life. He didn’t think a cochlear implant would improve Nixon’s quality of life, so he refused to recommend the needed surgery.

Shari and l weren’t willing to give up on Nixon that easily. I told the neurologist, “This is the first and last time you will see Nixon.”
The fight to get Nixon a cochlear implant wasn’t an easy battle. Due to the first doctor’s opposition to treatment, the insurance denied the procedure. And to add insult to injury, we were both given evaluations to make sure we were capable of raising a child with extreme disabilities.
But we didn’t give up on our efforts to get Nixon a cochlear implant. We went to different doctors and were eventually successful. We also learned an important lesson from that experience that we’ve used time and time again: We need to be Nixon’s advocates every step of the way.
Unfortunately, Nixon’s diagnoses got even worse. We were told he might possibly have a brain deterioration disease—it’s something we still worry about. As Nixon went through more tests, we learned that he’s one of 21 people in the world who have a rare duplication in one of his genes, called 7Q33. He also has autism. Over the years, he’s had six surgeries, including two surgeries that rotated his thigh and shin bones to help him walk.

Despite all of Nixon’s medical problems, he’s far surpassed doctors’ expectations. He is, in his own way, a phenomenon. One neurologist who saw his brain scans before she met him was surprised he could even lift his head. Not only did Nixon learn to walk, he’s fast enough to occasionally get into mischief. He knows what the word “No” means, and like countless other children, will frequently ignore that instruction—sometimes while laughing. He can put together puzzles and undo locks and straps. Every now and again, he says “Mom” and “Dad”. If he needs something, he grabs Shari’s or my hand and takes us to the thing he wants or needs. Amazingly, after he saw his little sister learn to swim, he taught himself to swim.
Sometimes, in an attempt to get out of doing work, Nixon will give his therapists hugs. (That’s showing some higher-level thinking!) While Nixon was in the youngest children’s class at church, his teacher remarked on his gentleness with other children. Even though he was physically the biggest one in the class, he never took a toy from anyone or acted out in a way to hurt others.

These peeks into Nixon’s personality are bittersweet because they show us not only who he is, but who he could have been if he wasn’t confronted by so many health challenges. Perhaps only other parents of special needs children can fully understand the challenges, frustrations, and tenderness of this sort of parenthood. Shari remembers how hard it was to bond with a child who couldn’t and wouldn’t communicate, a child who seemed to want to be alone much of the time. She also remembers clearly when Nixon was two years old and first responded to his name with a smile and a hug. For all of Nixon’s disabilities, that moment seemed like a miracle.

Once I heard a mother talking about how difficult it was for her to have her son live overseas for two years. She said it was hard not being able to communicate with him or hear his voice. Although I said nothing at the time, those comments struck me because I’ve longed to communicate with my son for his entire life. Still, at the same time, I know that being Nixon’s dad has made me grow as an individual and become a better person. 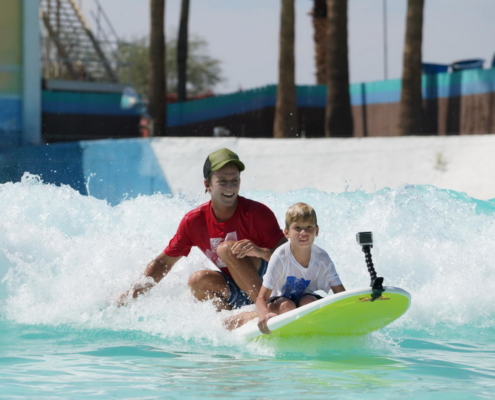 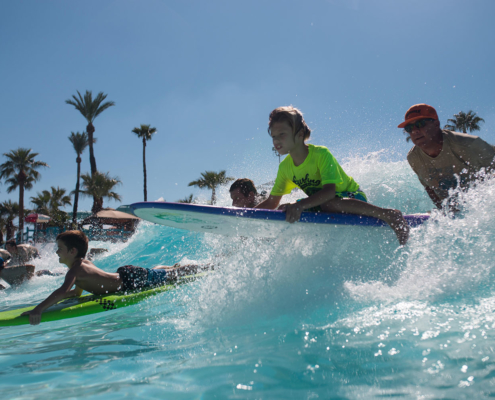 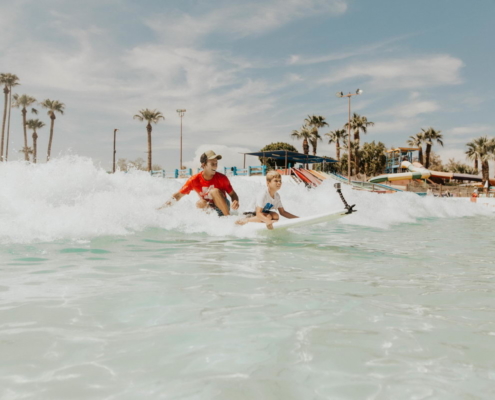 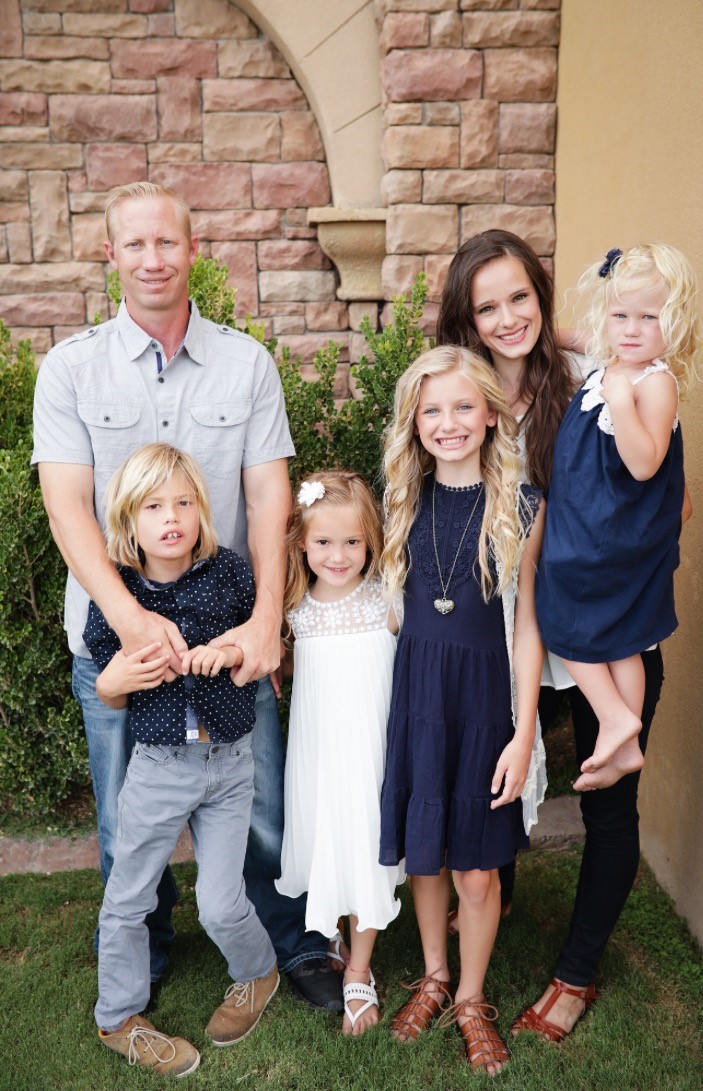